Yes! You read it right! Sim Guru Duke just tweeted letting us know that we should expect at least three updates to address the skin tone issue. Two in November and the great finale in December, where they finally give us more tones and a brightness slider for skin tones and make up!

We have seen your concerns about the October skin tones update and we wanted to be more clear about how we are addressing it and why, including a look at the solution.

Texture Compression was causing banding on the cheeks and foreheads as well as discoloration on the tip of the nose. We modified our pipeline to turn off compression with our patch in October to resolve those issues but we have more work to do.

There's TWO Updates Coming November and One December, at LEAST!

We have two fixes coming in November that address a display issue causing red dots around the lips and a dark blotch between the eyes. The fixes are being tested at this moment, but we wanted to share a first look with all of you.

What do you think? Are you excited for these updates? Are they making the best use of their resources by working on those textures instead of fixing other things that are currently badly broken in the game, like windows and doors, objects disappearing or being stolen after Eco Lifestyle, and a bunch of other glitches? Why do they take so long to fix things, considering they have money to spend and staff to work on it, while custom content developers can produce better quality solutions in much less time sometimes working by themselves? Shouldn't EA consider hiring some of those people instead? Sorry if I sound harsh, but EA sounds a bit like IBM... Too big, too slow, too inefficient. Share your thoughts below!

4 thoughts on “The Sims 4 Should Receive TWO Updates November, One December, at Least” 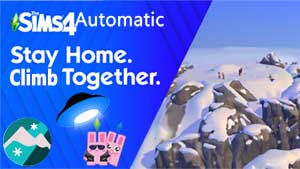