🧹 While you're waiting for the official release of The Sims 4 Realm of Magic it might be a good idea to watch a few video reviews. Here are the best I found so far, including the good, the bad and the ugly... 🧙‍♀️

Deligracy's Sims 4 Realm of Magic First Look and Review of Create a Sim, Build and Buy Mode and the new world of Glitterbrook

If you know Sims, you probably know Deligracy! She produces very good content on YouTube for years and the video above shows the new Game Pack features quite well!

Carl's Sims "Every Major Feature in Realm of Magic"

Carl's Sims also released a review a few days ago, where he comments on the official EA's live stream giving his insightful opinion on what is shown there.

Everything Wrong with The Sims 4: Realm of Magic

Lilsimsie is another YouTuber I like to follow, and she has a very interesting perspective on what she dislikes about the new game pack!

That's it for now. I hope you enjoy those videos. More content coming soon!

The Sims 4 Realm of Magic Countdown 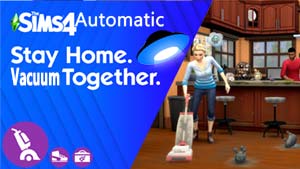