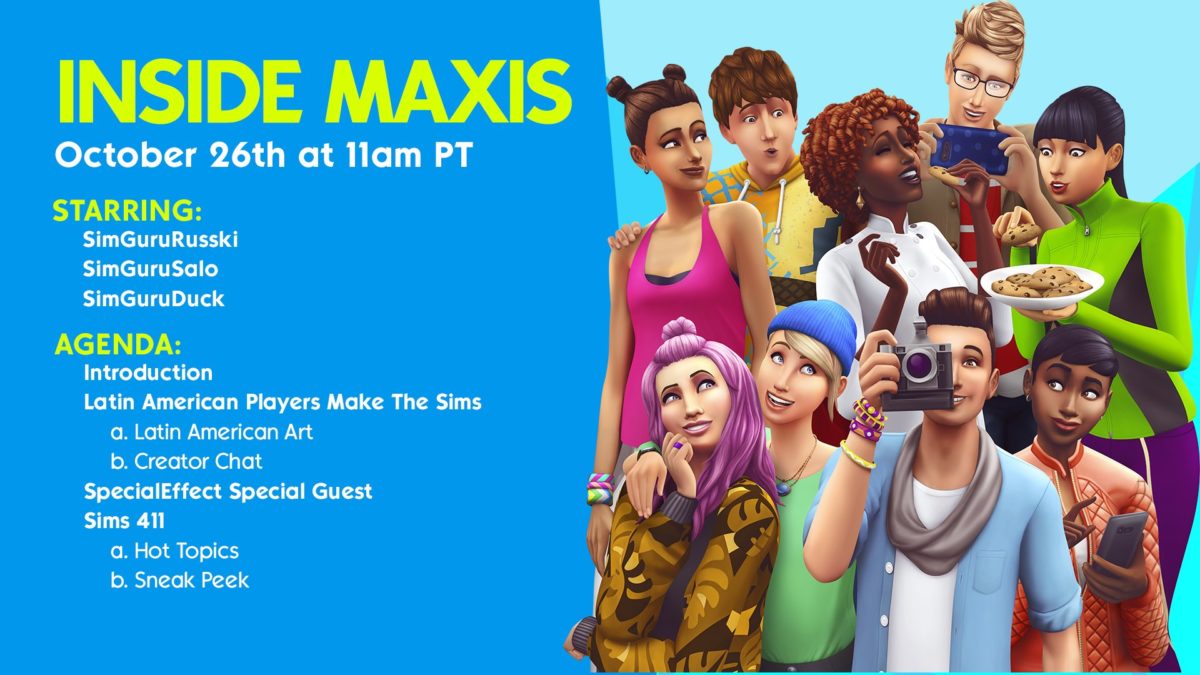 Today's Inside Maxis / Sims 4 Livestream just ended and I have spend more than an hour of my life, so you don't have to! Watch below what's coming to the game until the end of 2021 (November/December) including the new scenarios (a new style to play where you have missions/goals like rags to riches) and they also mention a new way to bring color to your builds (without giving us detail).

⬆️ You can also watch Fantasims Video Above ⬆️

Today's stream starts talking about Latin America (very focused on it, I guess we might expect at least one Sims 4 Kit to be Latin American themed) and also the LGBTQIA community. Glad to see this being the year of inclusivity for Sims 4. People can't complain EA isn't listening (as they say, careful on what you wish for, that likely came at a cost of less new gameplay content for the game during the year 😉)