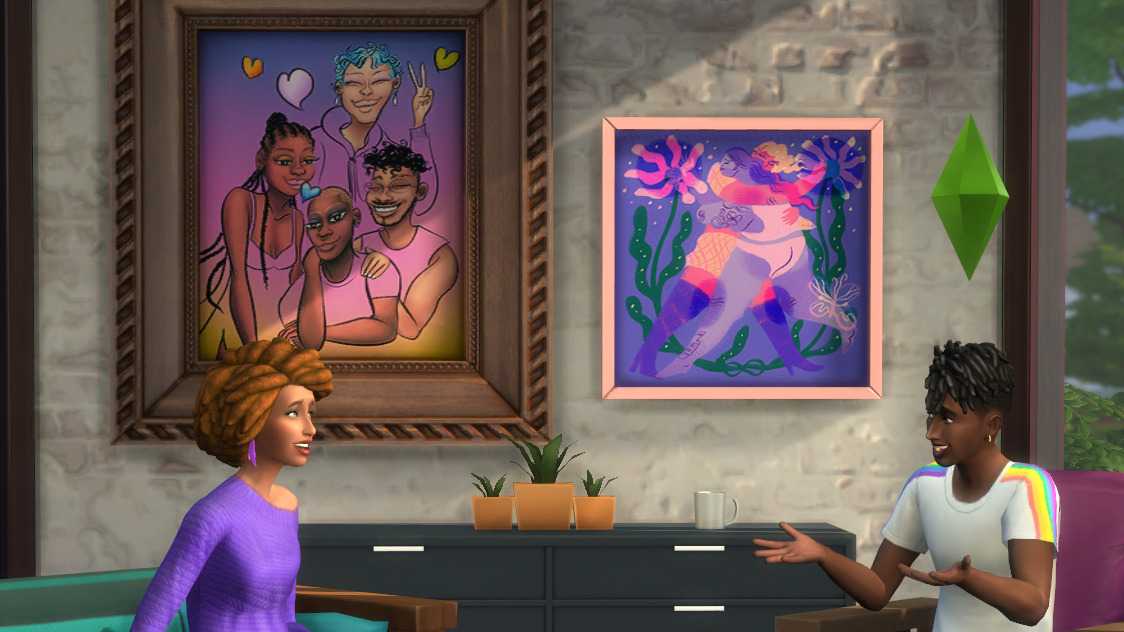 The Sims 4 Cottage Living is just three days away and we just received The Sims 4 July Patch, which geatures new Water Tools & Styles, Pond Effects & Objects, Gardening with Children, Group Cooking and more (including a MASSIVE bug fix list, larger than anything I have ever seen before for a single patch)! 🥘

Hope you are well wherever you are in the world and that you are all having a fantastic Summer of Sims! We are excited to share today’s update with you. There is a lot of info, so make sure you have your tea/coffee/beverage of choice ready to read on. You all know I have my coffee ready for this!

As we continue to get ready to explore the countryside charm of Henford-on-Bagley and cannot absolutely wait to play with the adorable animals in Cottage Living, we also have updates and fixes that should improve and complement your Sims’ everyday life. We have something for everyone and we hope that you all enjoy them. Thank you for all your feedback and support.

For this update, EA partnered with two talented artists from the LGBTQ+ community, Ashley Lukashepsky, and Mohammed Iman Fayaz, and they have brought their inspiring and beautiful artwork into the game. They have also included the modernized version of the anticipated large afro hairstyle. Above you can see a screenshot featuring those new elements.

A little bit of Gallery

When you download a lot made with the bb.moveobjects cheat, the game now notifies you about this so you know to activate the cheat before placing the lot. Builders, this means you won't need to mention it in the lot’s description anymore!

A little for Sims

Trying to find the Sims in the current neighborhood? Select their portraits in the Relationship Panel.

Where did the Notebook go?

Found it! The Notebook has moved out of the Phone and into its own button for quicker access.

The "Center on Current Lot" button that used to be there has moved to the top right, adjacent to the Camera Controls.

In adding the Water Tool, we also took the chance to overhaul the related tools and object categories. Why not? Enjoy!

All sorts of critters are available to complete the look of your pond ranging from ducks and swans to pesky mosquitoes. There is even an alligator!

Outdoor Water Décor now has an assortment of new Pond Objects to decorate the perfect pond. Some of these objects such as the Bog Log and Colorful Lily Pads have interactions on them in Live Mode to activate Turtle and Frog effects. The new Fishing Allowed Sign enables you to stock your pond with any fish your Sims have previously caught. Try it out!

Children now can help out in the garden by planting, watering, and weeding. They build their Mental skill as they garden. The process of purchasing and planting seeds is streamlined as well to make gardening more enjoyable for everyone.

Cooking no longer is a solo affair. Sims now can cook in groups of up to five Sims including children. Start cooking together by selecting a fridge, stove, or any empty countertop.

Are your Sims getting tired of the same old pizza delivery every night? Well, gone are the days of redundant pizza nights. Maybe you are in the mood for pasta primavera or even a fancy steak dinner. All this and more are available courtesy of Zoomer Food Delivery. Order delivery through the phone or the refrigerator and the food will arrive in a jif.

The calendar, previously available only with Seasons, now is available with Base Game to see upcoming events such as birthdays, school and work schedules, festivals, and fairs. You even can use it to book events, so it’s time to get to party planning!