Hello Simmers! Hope you all had a fantastic holiday season.

In today’s update we welcome you all to The Sims™ 4 Tiny Living Stuff pack; where your goal is to build the most comfortable space within the smallest footprint possible. Stretch your imaginative muscles as you figure out creative ways to cram in all you need! How low can you go?!

Besides preparing us for Tiny Living, in this update we have addressed a few issues as well as we have set aside quite some time for a new addition in our language roster, we are happy to announce that The Sims™ 4 is now supported in Simplified Chinese! We are very excited to release this to the public and further connect with Simmers in different languages across the world!

So, maybe I’m just not looking hard enough but I haven’t found an actual download link?

My famous sims keep “reacting in disgust” to their pets, spouse’s, friends, family, basically everyone and everything. Is there some way to fix this?

Hopefully, I am not too late! Yes, you can change the name from “CODEX” (assuming you made a typo and wrote “CODEC” instead of “CODEX”). Go to your “bin” folder… Read more »

Hi! First of all thank you very much for all of your updates and all!! I use this version of the game because I find it very easy and helpful… Read more »

Hi, I downloaded the all in one version, and I wanted to share my houses with friends, with tray importer, but when I do this, my tray files say that… Read more » 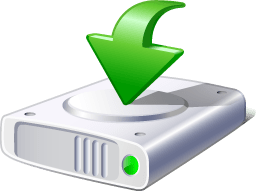 Direct Download the latest Sims 4
All in One without torrents!

wpDiscuz
By using this website you declare that you are 13 years or older and that you agree with the usage of cookies and other technologies that customize your experience, including personalized ads.OKPrivacy policy