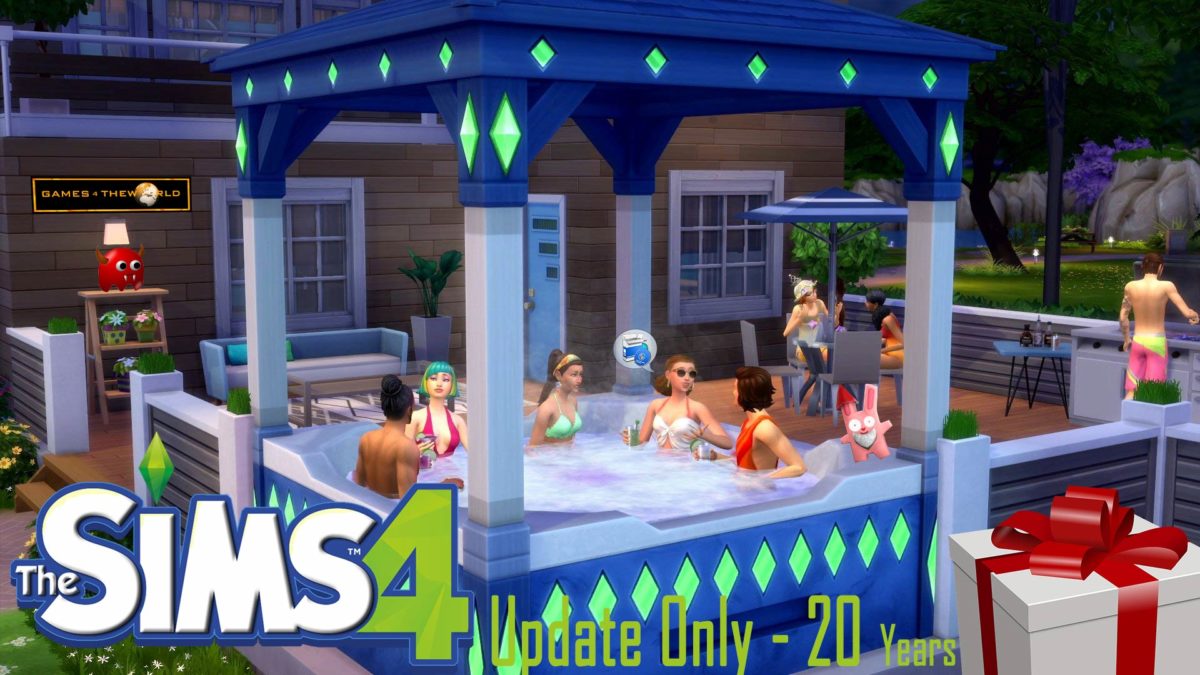 Download and install this Games4TheWorld release to update your Sims 4 Tiny Living with the latest 20 Years Anniversary Patch which features a not so new hot tub [February 2020].